CATCH UP ON THE LATEST E-NEWS 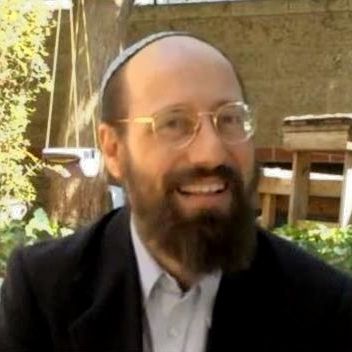 On Shavu'ot we celebrate the receiving of the Torah. Each of us again personally recites “na'aseh ve'nishmah”, “we will do and we will learn”. We take upon ourselves with renewed vigor to both keep and study the Torah.

But the festival does not end there. We also read the Book of Ruth. One of the main reasons to read this Megillah especially on Shavu'ot, is in order to hear the last verses, which outline the lineage of King Da'vid. Apart from the fact that King Da'vid is reported to have been born and died on Shavu'ot, there is another reason to recall his lineage on the festival.

This “second” Torah, the Torah of the nation, is much harder to realize than that of the individual. If the individual must spend an entire lifetime striving to grow, the nation grows over generations and epochs. If each of us can take responsibility for our own growth, the growth of the nation needs unity under a righteous leader. This is why in addition to the command for each Jew to write a Torah scroll, the King is obligated to write his own additional scroll.  On top of his personal Torah, he is charged with reading the national Torah, and bringing it to the people as a whole.

In our times, when we have merited to see the Jewish people returning to Statehood, this “second” Torah needs to be stressed even further. Our Torah learning, which helps each of us grow as individuals, needs to be accompanied with the greater Torah of the people as a nation. Just as King Da'vid was both an individual giant of personal righteousness, he also led the nation to become a holy state that allowed Hashem to be revealed on an international scale never seen before. So too, in our times, we need to strive to learn and teach a Torah that both raises the individual and the nation as a whole to greater and greater levels of moral uprightness and holiness.

So, as we stand on Shavu'ot and hear both Torahs, let us receive the Torah as individuals –“And Israel …” every single person as an individual; and as one nation – “camp at the base of the mountain” as one singular nation, together as one in our national task to reveal the light of Am Yisra'el. Every single one of us, and together as one nation – we will bring both Torahs into the world. May we so merit.

[Based on the teaching of Rav A.Y. Kook zt”l, Ma’amarei HaRe’iyah]